At 2:40 PM, this afternoon, the Downingtown Fire Dept., along with our mutual aid partners of the West Bradford Fire Co. and First West Chester Fire Co. as the RIT, were dispatched to a house fire in the 200 block of Church St., in the Johnsontown section of the borough.
The Downingtown Police Department and Asst. Chief 45 arrived to find the back porch and kitchen of the end of a row house well involved, with smoke showing throughout the house.
Engine 46-1 laid a 5” supply line into the alley and advanced an 1.75” hand line into the kitchen and back porch. During the same time, the crew from Tower 45 split into two teams with the first team entering the house to conduct search and rescue and to ventilate.  The second team placed ground ladders around the house.
Engine 45 was the second due engine and the crew advanced a backup 1.75” to the second floor, from the rear alley.
Photos are courtesy of https://www.facebook.com/IrishEyezPhotog1 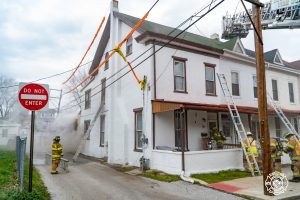 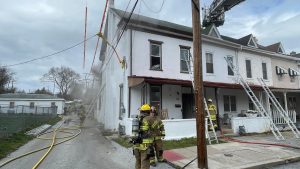 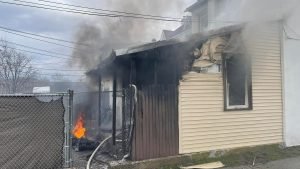 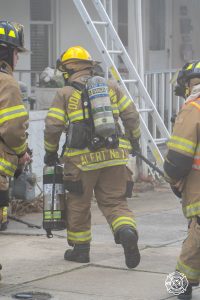 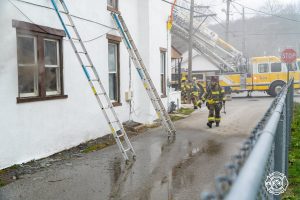 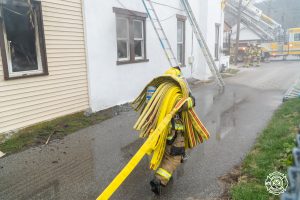 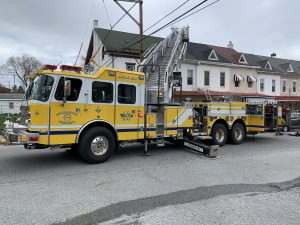